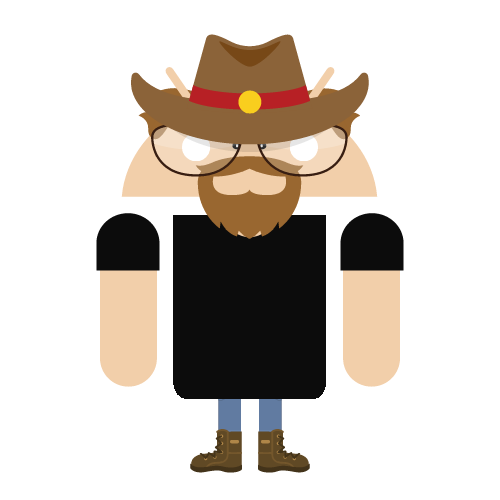 Statistician in daylight, chiropterologist after sunset. But often things get mixed up.

When we analyse a mixed models, the question often arises whether a covariate should be used as a random effect or as a fixed effects. Let’s assume a simple design. Two types of fertilizer are tested on a number of fields (\(n_s\)). Each field is split in two and the fertilizers are assigned at random to these halves while making sure that each field has both treatments. From a conceptual point of view, we are only interested in the effect of the fertilizers. However, we need to take the potential effect of the field into account. Hence we use fertiliser as a fixed effect and field as a random effect. 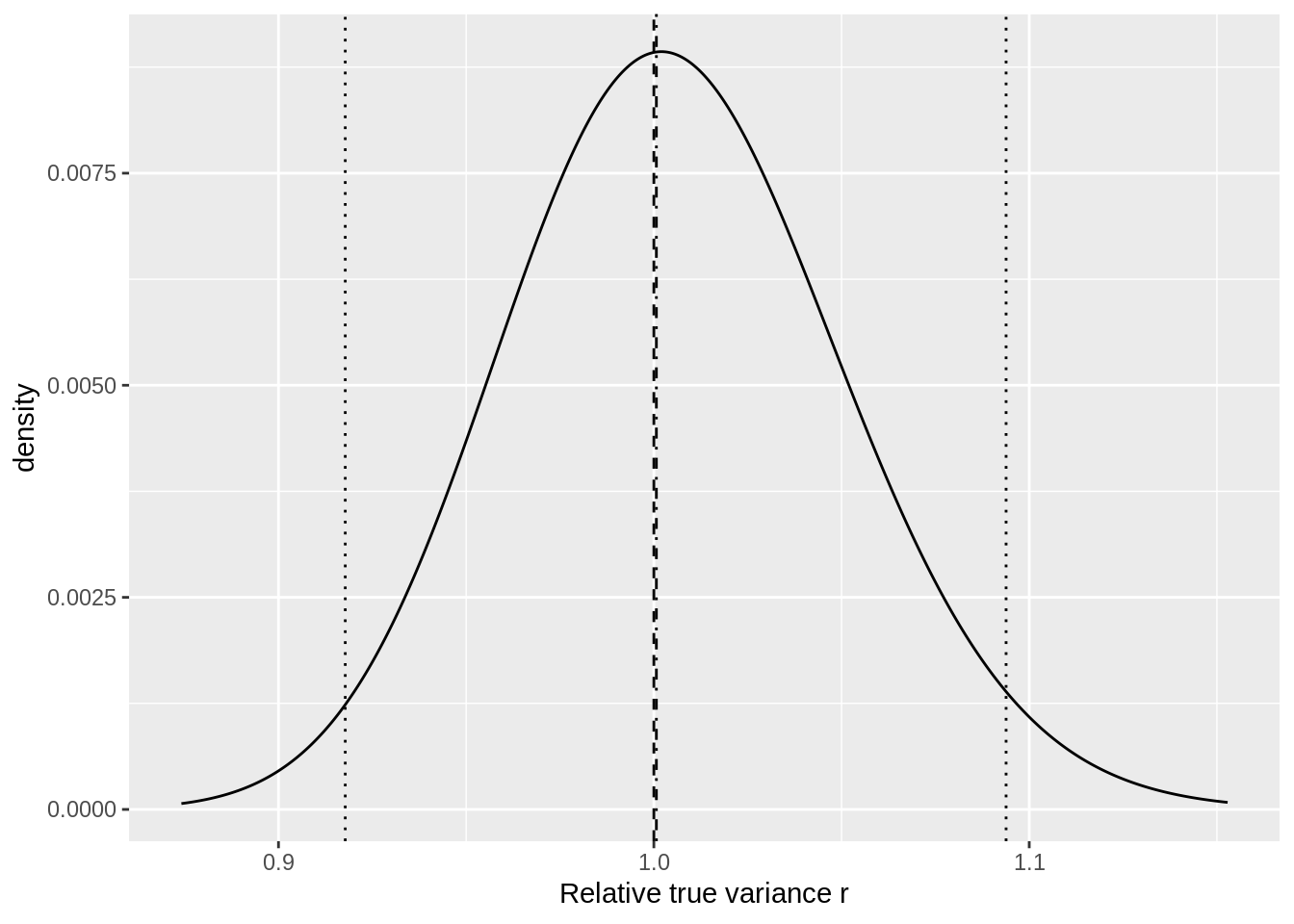 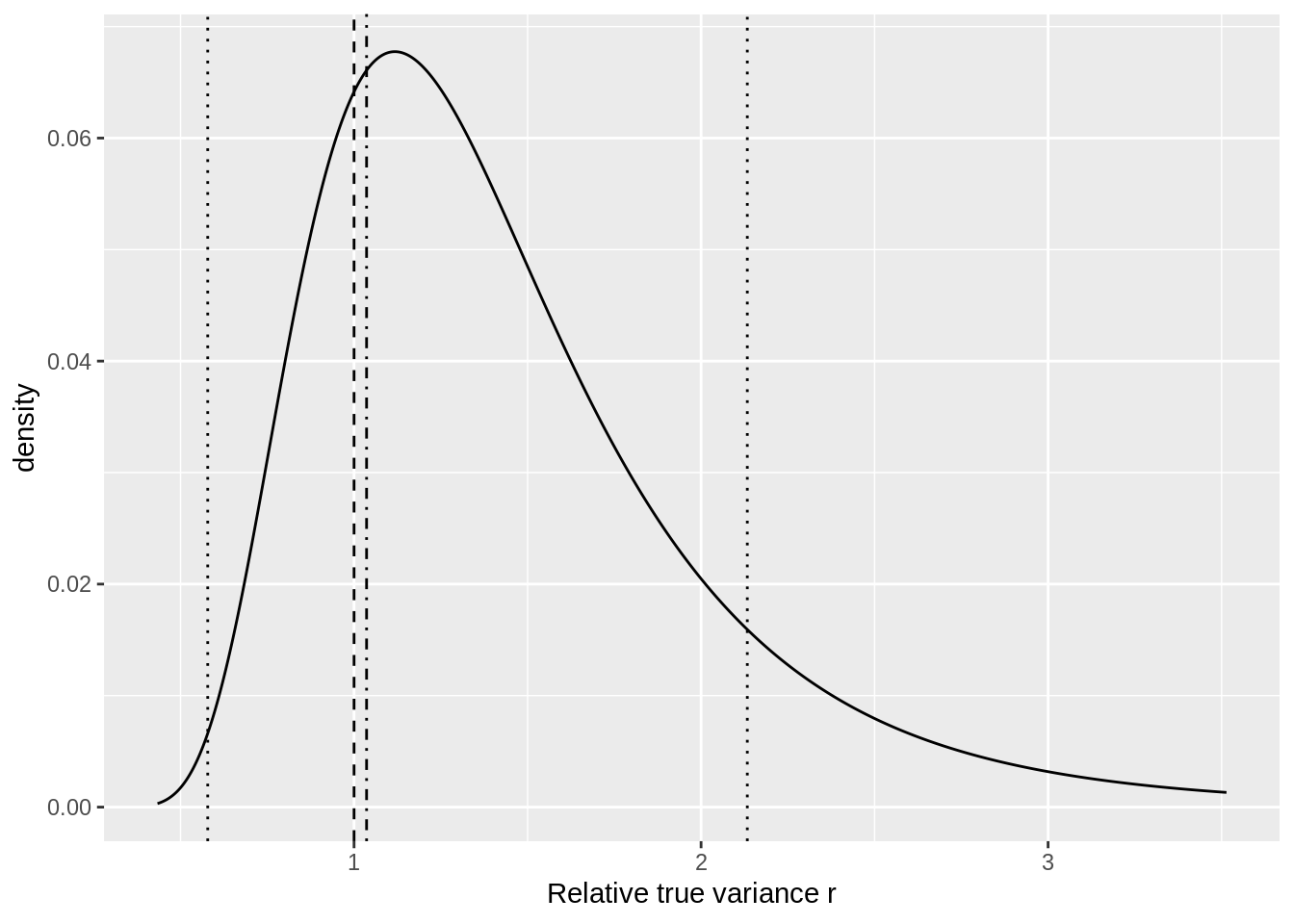 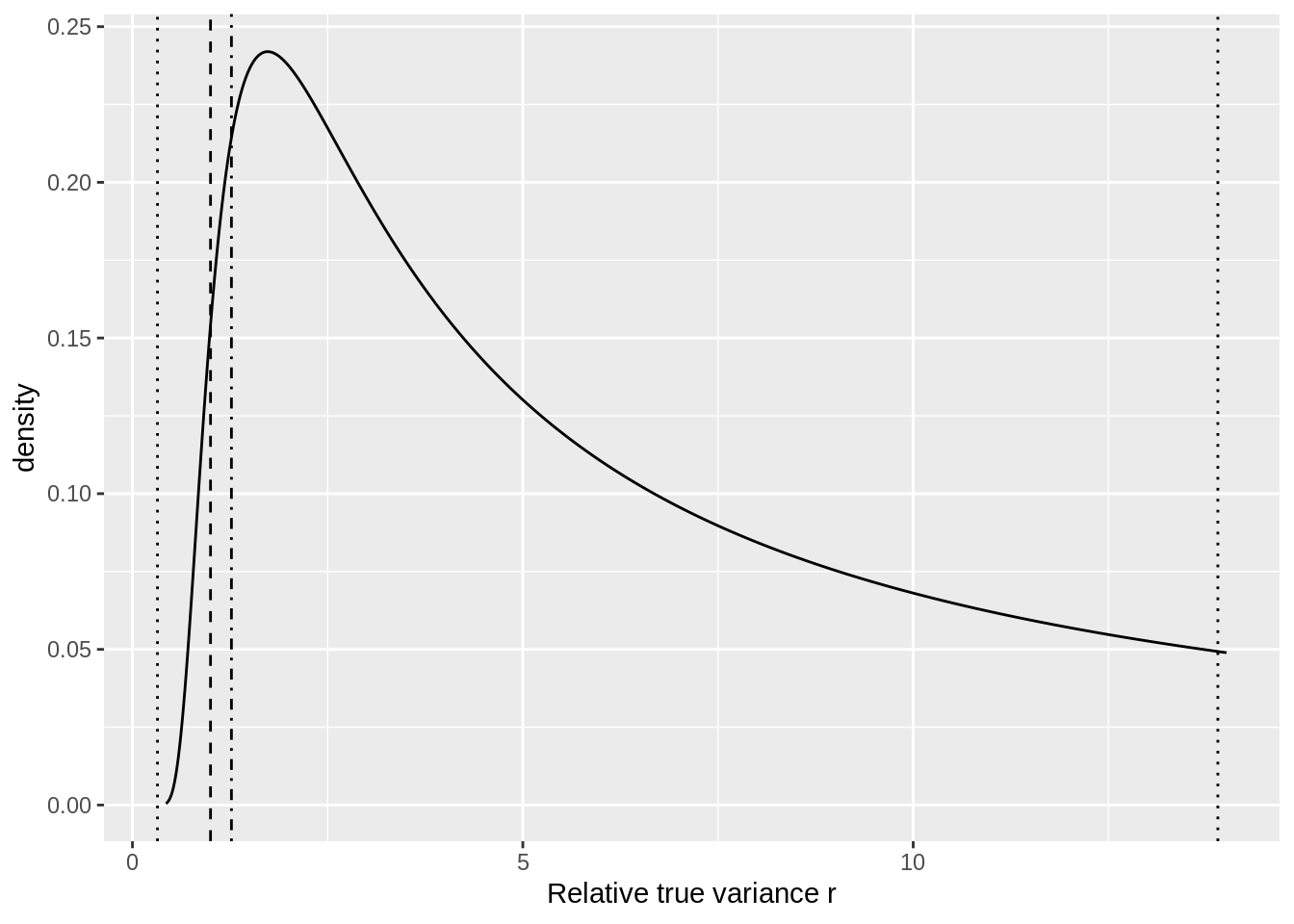 We see that the number of random effect levels has a strong impact on the uncertainty of the estimate variance. The figure below displays the 97.5% quantile of \(r\) for a large range of \(n_s\) values. Since the right tail of \(r\) is heavier than the left tail, it is a good idea to focus on the 97.5% quantile. Based on this figure we can give the following recommendations: 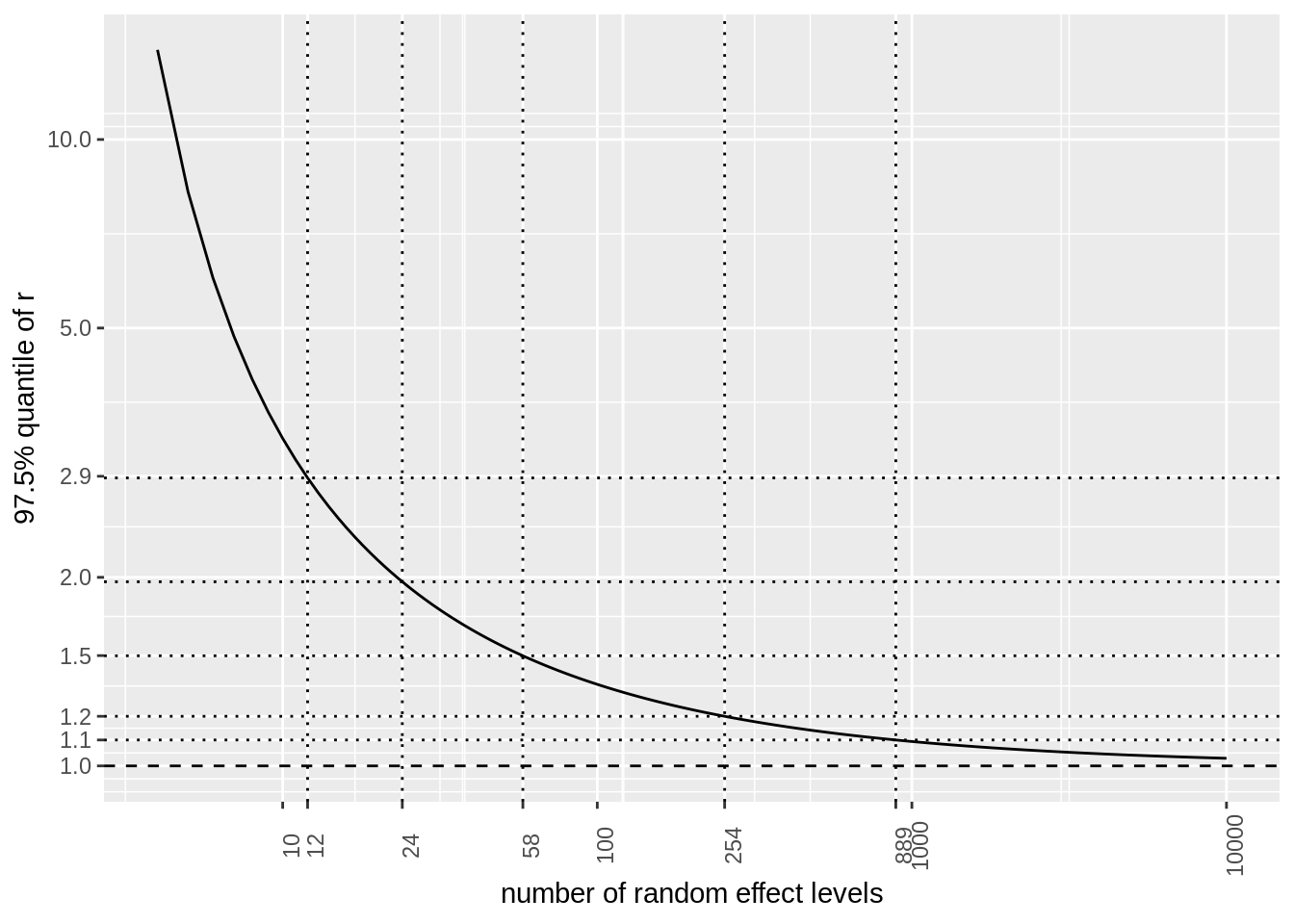